For Haiti: The Mission 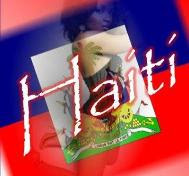 I hate winter. Every cell in my body hates winter. I hate winter so much I complain about it all the time. People see me coming and they cross to the other side of the street just to avoid me and my whining. See, in my opinion, winter sucks. But it doesn't suck as much as what the people in are going through right now. Nothing sucks that bad.

So I was sitting around the other day pissing and moaning about winter and feeling bad in general for what was happening to the Haitians, but thinking I couldn't do anything about it. Then I saw this blog post from a fellow writer, Mercedes Yardley. It seems that Crossed Genres magazine came up with the idea of asking writers to donate stories to the Haitian relief cause. Of course, stories don't buy bread or medicine, but if the stories are posted for free, and if the people who read the stories decide to toss a couple of bucks in the direction of charities helping out with the relief effort that changes everything.

So, here's mine. If you like it, why not donate to a charity you know is helping out with Haitian relief. If you don't like it, why not donate anyhow? If you need a good story to convince you, go here for a list of participating authors. You can follow that same link to donate directly to several legitimate relief organizations, or to sign up to participate yourself.

Do it for Uncle Haggis.

He deserved to die. That was clear. And he deserved to die slowly, painfully. But it would be no easy task. Like all celebrities, he had his posse--his handlers. They kept him protected from the public except for rare appearances, and even then they gathered around him like Secret Service agents protecting the President. It would take someone with the single-minded dedication of a mad man to pull this off. But a mad man could not possibly infiltrate their ranks. That would require guile and cunning. Fortunately, those were qualities I had in abundance. And although I'm clearly as sane as you, I was thoroughly dedicated to the task.

I'd watched him year after year as he ruined my life and the lives of others I cared for. But my associates always made excuses for him: "Oh, he didn't mean it," they'd say, or, "He doesn't really know what he's doing," or "It's just a legend. He doesn't really do it himself." Yet I knew better. I'd watched him in person; I'd studied film frame by frame. It was impossible to miss that knowing look in his eyes and the awful, evil smirk on his face when he'd accomplished his mission.

So I befriended one of his minions, and ever so gradually I gained the trust of the others. Eventually they welcomed me into their ranks. I grinned broadly as I pretended to pay homage to their sovereign. I smiled serenely as I performed the required menial tasks, knowing that my day of glory would be soon at hand.

Yesterday came with good news. I had been selected to greet His Honor this year. After years of careful planning the time had finally come. My revenge was at hand. He would die tomorrow morning.

An hour before dawn, I was ready. I'd donned my top hat and ceremonial gloves and stood with the others, waiting for His Majesty's arrival. The sun slowly rose above the horizon and touched the clear blue sky. It would be yet another bright and sunny day.

The speeches ended; it was my turn. I thrust my hand into his lair, grabbed him by the scruff of his neck and held him up so I could stare directly into his beady little eyes.

His fear was palpable. He knew his days were numbered, yet seemed resigned to his fate. He offered no struggle as I reached into my belt and withdrew the dagger. "Sic semper marmotus!" I cried as I plunged the knife deep into Punxatawney Phil's cold, cold heart.

And as his life's blood spilled to the ground, a cloud drifted across the sun, the shadows advanced and a crocus poked its head out from under a cover of light snow.

Posted by Haggis Chihuahua at 12:21 PM